THE LIFE AND TIMES OF ALEXEI NAVALY 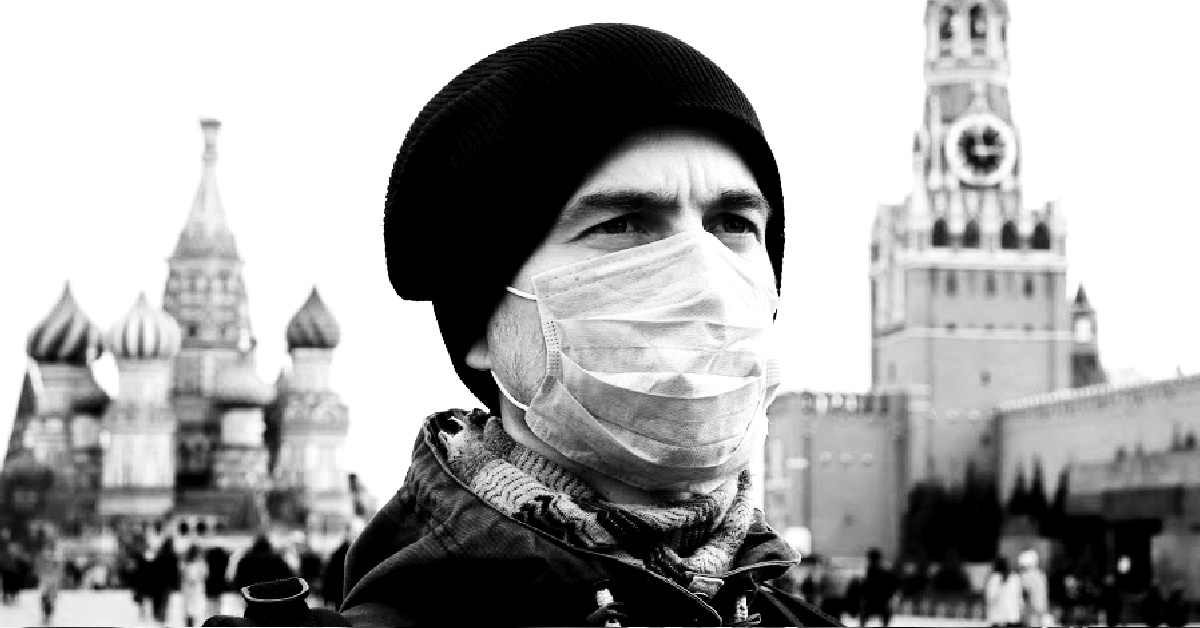 Alexei Navalny is an opposition leader in Russia who has been challenging the Putin regime, the leader has been arranging protests in Russia alleging the Putin regime with the charges of corruption. Politicians and leaders across the world have been charged with the illegal use of their offices for financial gains but when it comes to Putin, one of the strongest leaders in world, the charge was tackled differently. The coercive measures were taken to tackle down the opposition leader from pursing his agenda.

Alexi Navalny fell prey to the coercive measures of the Putin regime, the opposition leader was arrested in different cases, law enforcement agencies kept raiding his residence, and strict surveillance measures were opted against the leader to stop him from alleging the government with the corruption charges. The leader however didn’t stop, and took a stand against the corruption of sitting government.  In an interview, the Navalny said, “The choice is simple, you either become scared or stick to your stance, and I had decided to stick long time ago.”

On 20th august 2020, the opposition leader was poisoned with a military grade chemical weapon in a murder attempt, the leader had almost fainted but the quick response of the doctors saved the life and he remained in coma for almost half a year. The leader was taken to Germany for better treatment but upon his return from Germany, the leader was arrested for not sticking to the obligations put on him in a case of 2014.

This article will discuss a brief historical background of the political situation in Russia, the struggle of the opposition leader and the current situation of him in Russia.

Probing the Poisoning of Alexei Navalny

The Russian opposition leader Navalny was poisoned on 20th August 2020, the pro navalny masses are of the opinion that the leader was targeted and it was a clear murder attempt, while the pro Putin forces are distancing their selves from the poisoning events.

Let’s unfold the mystery through the incidents that took place after the poisoning.

Navalny was opposing the Putin regime through different media talks and public protests, the authority of Putin regime was clearly challenged and a country head could not afford it.  The legitimacy of a government can’t be challenged, else the moral power to rule the country would vanish. If we see the larger picture, it was only in the interest of Vladimir Putin to neutralize the opposition leader so that the authority to rule could be sustained.

The authority to rule a country is driven from the general masses, they legitimize the authority of a leader through balloting and the leader then assumes the office. There are many qualifications on the basis of which a leader gets votes, honesty is the most important of them. Through the mass mobilization, navalny started questioning the honesty of the Putin which was not favorable for Putin at all costs.

Another important aspect of the case is to look for the beneficiary, the poisoning of navlny would have benefitted none but the Putin regime. The criminal act was favoring the Putin regime because had it been executed successfully, there would have remained no one challenging the legitimacy of the Putin.

After being poisoned, the opposition leader was elevated to a local hospital where initial treatment was given, the doctor Sergey Valentinovich who treated the opposition leader, was deputy chief physician in the hospital. Reportedly, the doctor has died out of unknown reasons, and this sudden death of the doctor raises questions on the case as well. There were chances that the doctor might have recorded his statement against the ruling elite of Russia.

All these reasons if combined together give very clear picture of the culprits involved behind the murder attempt of the leader of largest opposition party in Russia.

Navalny was evacuated to Germany for better treatment, the leader remained in coma in Charité hospital berlin. During the initial days of the treatment, the doctors were of the opinion that there is an ambiguity regarding the health of the opposition leader. They were unsure whether the leader will be able to gain consciousness again or not.

As the health condition continued to improve, the doctors became hopeful that leader will get back on his feet and enjoy a normal life. Questions started to rise on the mental health of navalny, responding to those questions, the spokesperson of the hospital said that the leader is in perfect mental health and he knows where he is, and what had happened to him.

Once the leader gained consciousness, he made a statement that he is in good health conditions and would return back to the country once his health normalizes. This gave a hope to the supporters of Navalny who were waiting anxiously for a message from their leader, meanwhile the culprits who wanted to neutralize the opposition leader became worried about the improvement in his health.

Several tests of the navalny were conducted during his treatment in the German hospital, the results of those tests were shocking for many. The results revealed that the opposition leader was targeted with a nerve agent from the same class that was used in 2018 on an ex-spy of Russia in Britain. The nerve agent can be considered a chemical weapon and the acquisition of such lethal poison can only rest with state authorities.

The history of political Rivalry

The activist turned leader, navalny has been the biggest challenger for the Putin in Russia. The competition to the Putin has leaded navalny to spend many nights behind the bars. During the mayor elections of 2013, navalny was strongest candidate for the seat of Mayor of Moscow, however, the leader was forced to face a trial of lumber of half a million dollar with a state owned company. The leader was arrested just before the elections, Navalny denied the accusations and stated them as “politically motivated”.

The next day prosecutor debated in the court that Navalny shall be allowed to participate in the election campaign, the leader was released on bail, however, he couldn’t win the elections against the candidate favored by sitting government.

The trial of the case continued and the judges found navalny guilty in 2017, this time, the leader was disqualified to take part in the presidential elections against the President Putin. The timings of the verdict ratify the claims made by navalny that the case is politically motivated with the aim of using it as a tool to prevent him from challenging the status quo.

Navalny had stated that he will return to his country after recovering completely from the murder attempt and he proved to be a man of words, despite knowing about his life dangers, the opposition leader decided to return to the country. Upon his arrival, the leader was arrested, the reason given behind the arrest is nothing but a joke with the supporters of the opposition leader.

The Putin regime told the news officials that navalny was direct by court to meet the parole officer on regular basis and he violated the directions of court for which he has been arrested. Well, the truth of the matter is that the leader had faced an assassination attempt, and he was in Germany for the medical treatment, during the treatment, it wasn’t possible for him to visit the parole officer.

The medical conditions of the leader didn’t even allow him to walk, leave alone visiting the parole officer. Arresting a political activist with such popular support of masses by giving such vague reasons is nothing but a joke.

The arrest was politically motivated and the aim was to curtail the political activities which challenged the status quo. The sitting president of Russia is enjoying the lust of power and whosever comes in the way gets crushed. This isn’t just a sheer violation of basic human rights but it is also a violation of united declaration of human rights (UDHR).

The masses of Russia broke out to the streets of Moscow and started protesting against the arrest of Navalny. The protests are gaining popularity with each passing day and more number of people started to join the protesters on the street. According to the reports, Moscow had not witnessed such huge protests in the history.

The streets of Moscow are echoing with the voice of protestors who are chanting “Let him go, Let him go”

During the hearing of case, the protestors had gathered in front of the court and were demanding the release of their leader. The Putin administration was fearful of the protestors and arrested many to keep the proceedings undisturbed. The scenes from inside the court room emotionalized many, when the Navalny made a heart on the screen of glass cage for his wife as the judge read the decision.

The judges sent the opposition leader to jail. While giving his statement, the navalny said “Somebody doesn’t want me to put foot in Russia, the person who is hiding in the bunker is so fearful with the fact that I survived”

The lawyers of the leader said, navalny braced the decision bravely but they will appeal against the decision and they are still hopeful.

To begin with, the Putin regime has been allegedly involved in an assassination attempt of the leader of largest opposition party, the administration has denied the right to live by doing a murder attempt of a political rival. Politics is a battlefield of arguments which must be fought in front of the voters, targeting the lives to achieve the political means is unjustifiable.

The government of a state is to be held accountable by the opposition, and the navalny was just doing his job by raising questions on the financial corruption of the sitting regime. The Putin should have answered the allegations in the court or in the political speeches.

What’s worse is that the sitting regime used their influence on the institutions to gain political benefits, the accusations against the Navalny were politically motivated so do the decisions of those accusations. State authority was exercised to get favorable decisions so that the leader can be prevented from taking part in the elections.

Not just the navalny but his supporters are also being targeted, the protestors who are on street and demanding the release of their leader are targeted through the police force. The police power is being used against the protestors in order to prevent them from taking part in the street agitation, and this is a violation of an individual’s rights to protest.

Navalny has been marginalized just on the basis that the he has raised questions on the financial corruption of a sitting regime in Russia. A regime that thinks itself to be the most powerful has become fearful, and tried to assassinate a voice raised against them. Putin regime needs to revise its policy guidelines and ensure that basic human rights are being protected. The international institutions also need to play their roles in compelling the Putin regime to ratify the basic human rights in the country.

Shujaat Nadeem
A Pakistan based writer with expertise on various domains of current affairs, Arms Control, Deterrence, Strategic Stability and Missile Technology are some of my core areas of interest.

A Pakistan based writer with expertise on various domains of current affairs, Arms Control, Deterrence, Strategic Stability and Missile Technology are some of my core areas of interest.